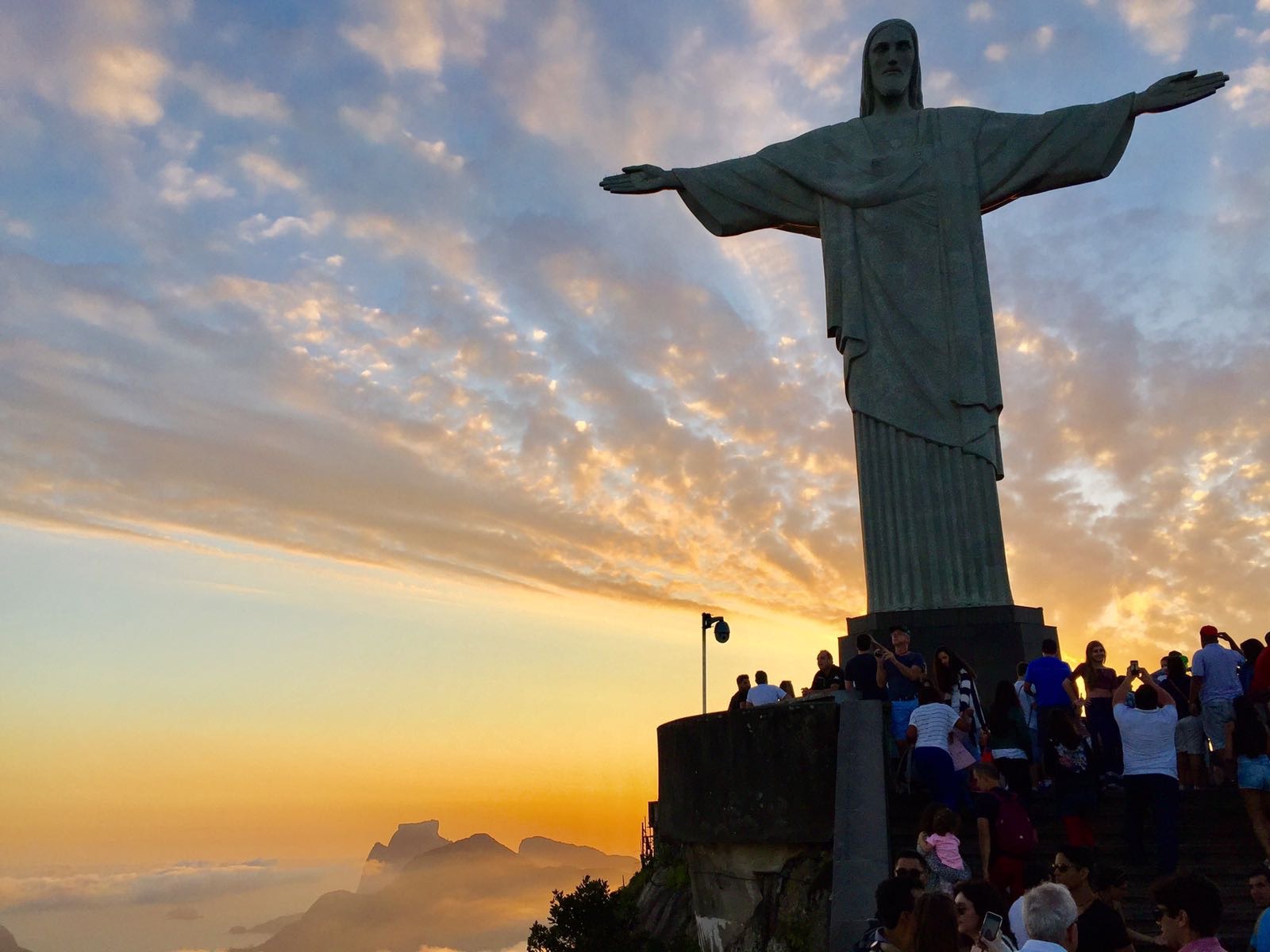 Spectacular landscape, cable cars, mind-blowing views and gorgeous beaches – probably there only is one city in the world that can offer all of it. Are we talking about a “dangerous” city in which the difference between the rich and the poor is tremendous? Welcome to the Olympic city of 2016 – Rio de Janeiro, Brazil.

The second biggest city of Brazil set foot on the east coast and was discovered in January 1502. The Portuguese discoverer mistook the bay for a river, naming the city “the river of January”.

While visiting the main sights in Rio like the Pão de Açúcar (sugarloaf) or the Christo (Corcovado), can be struggle as many tourists are often blocking the view. But if you go there during special hours, you can get the perfect picture of the incredible views. Go around sunset up to the Christo for enjoying the lookout during daylight and night.

Although these places are very touristic, the lookouts are probably the best ones you will ever see. Overlooking the bay area with more beaches than one can count, separated by steep hills inhabiting small, local villages, really is mind-blowing!

On the cultural side, we can recommend visiting Santa Theresa with the cable car and going to the Carioca Aqueduct during daylight. During Friday nights, definitely visit the Lapa street party and experience the safe and pulsating nightlife. As our hostel manager told us, “You are protected both by the police and the cartel. They know that you need money to buy stuff!”. Although this might sound a bit dangerous, we never felt unsafe in any part of Rio de Janeiro.

Staying in a favela directly in rio de Janeiro

Without really knowing it, we booked a hostel for two nights in one of Rio´s favelas – Vidigal. As our Uber driver stopped in front of the favela, we were really shocked and excited at the same time. On the one hand we saw the poor neighborhood but on the other hand we wanted to experience life, the people and culture in the favela.

Before the pacification of Vidigal in 2011, were police force invaded the area and regained control of the neighborhood, it was one of the most dangerous favelas of Rio.

We stayed in a sort of B&B with a beautiful view on Ipanema beach.

There, we decided to take the motor-taxi and drive through the entire favela and finally up the hill of enjoy a stunning lookout. The taxi ride actually was an incredible and probably a bit dangerous experience that I surely would recommend to do. In this way you get to know the favela very quickly and get a feeling of comfort and relaxedness. During the ride, we saw children playing in the streets, men chatting in a café and others singing in a bar – what a refreshing experience. Once arrived up the hill, we went into a quite expensive bar with live music and a great terrace.

On the other side of the street we found a small pizza stand and went for it. There, we had easily the best pizza for little money on our entire South America trip.

Overall, we never felt unsafe in the favela, quite the contrary occurred. Actually, we loved the favela experience, the friendliness of the people and mostly the uncomplicated way of life!

– Visit a bar or even stay a night in a pacified favela
– Do not miss Friday nights in Lapa (outside street festival)
– Visit the surroundings of Rio (e.g Armação dos Búzios) – you can enjoy Brazil most beautiful beach (officially ranked)
– Be careful with beer – it might freeze while pouring it in (beer generally is cooled down to around -4 degrees celsius);
consult with the barkeeper in this situation

72 hours in Uruguay – a journey through Colonia and Montevideo