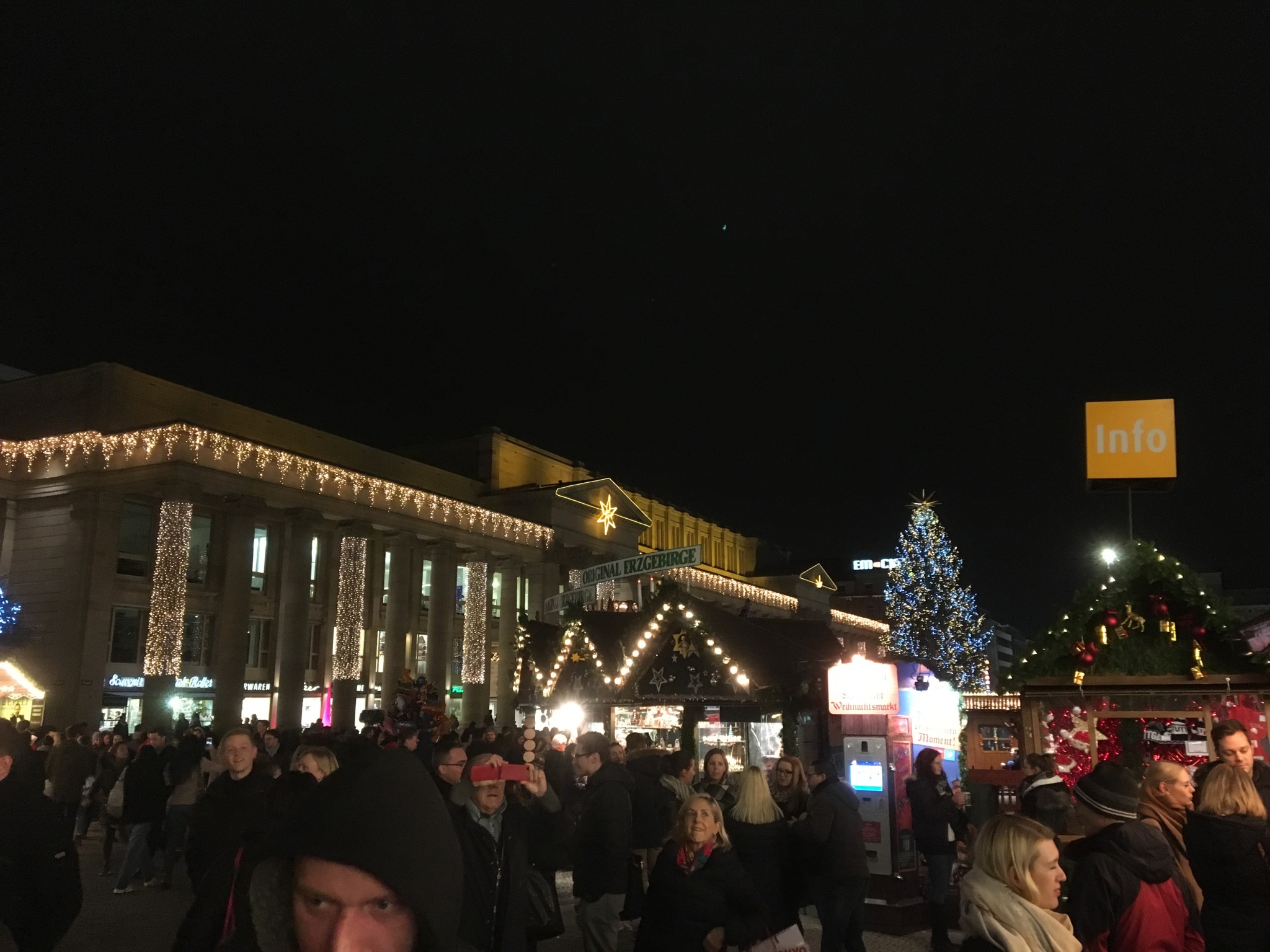 No matter how long or how far we travel, coming home is always special. During the last years we spent Christmas at various places, however celebrating it with your loved ones at home is somehow the best. Since many years, we live in Stuttgart and are connected to this undervalued city. Although during our travels, many places became our homes, Stuttgart in the city was we grew up. Often we write about exotic countries, but today the Topic is our hometown, the capital of the state Baden-Wuerttemberg.

With 600,000 inhabitants Stuttgart is one of the largest German cities. Famous companies, such as Porsche, Mercedes or Bosch are headquartered here. Well, I agree, there is no major sight like the Brandenburg gate nor Castle Neuschwanstein, but if you have a closer look, you realize there ist actually plenty to see. Do you know any other German city located in a deep valley surrounded by vineyards?

In today’s Bad Cannstatt, the history of Stuttgart started when the Romans started to settle the area around 90 AD.  In the 10th century, a stud farm was build, giving the city the name Stuttgart. The German word for a mare is “Stute” and the word garden is “Garten”, combined it gives the city its name “Stuttgart”. In the 15th the city became the place of residence of the Duke of Wuerttemberg. In the early 19th century Stuttgart was appointed as the capital of the kingdom of Wuerttemberg. Today the city is the economic, financial, political and cultural center of the South-Western German state. Several well-known international companies such as Mercedes, Daimler and Bosch are located here.

Although the city of Stuttgart was severely destroyed during World War II, there is a lot to see and to do.

A tour through Stuttgart should start on the impressive castle square. During summer, the large two fountains offer a place to cool down your feet, after walking on Germans longest shopping street “Kings Street” (Königsstraße). Actually, Stuttgart is also known as the city of fountains since it was built on the second largest European mineral water reserves.  There are around 250 fountains. The baroque New Castle is certainly one of Stuttgart’s highlights. Directly bordering castle square, the Old Castle can be found. Its foundation dates back to the 10th century. Today the state museum is located in the Old Castle. A visit is highly recommended.

Those who want to see Stuttgart from a different perspective should visit the TV tower. The panoramic view of the city and the surroundings is astonishing. Furthermore, car lovers have to visit the Mercedes Benz museum or the Porsche museum.

Among wine sommeliers, is known that region is one of Germany’s oldest wine regions.  For more than 2000 years the steep hillsides of Stuttgart are covered by vineyards. Also, Stuttgarts local cuisine is vibrant and diverse. Starting from Swabian classics such as “Saure Kutteln”, lenses and spaetzle, sausage salad or dumplings (Maultaschen), Stuttgart got it all.  During summer, several beer gardens open their gates. Especially the Biergarten “Karlshoehe” can recommend. Located on the top of a hill, the outside area offers great views down to the city center.   Also, beer from Stuttgart is palatable. Just in case the weather is not good enough, or you are visiting Stuttgart during winter, check out the brewery restaurant Dinkelacker in the heart of the city.

We can do everything apart from speaking standard german

Since Baden-Wuerttemberg and Bavaria are the richest and economic most powerful states of Germany, there is plenty to see and to do. Prices are in general a bit higher than in other parts of the country, but coming from here I can tell, it is worth it. 😉 If you do speak a little bit of German, do not be frustrated while traveling to Baden-Wuerttemberg, because our accent can vary significantly from standard German. There is even a saying “We can do everything apart from speaking standard German”.

You are always welcome in our beautiful city and feel free to contact us anytime.

One thought on “Christmas in our hometown Stuttgart”