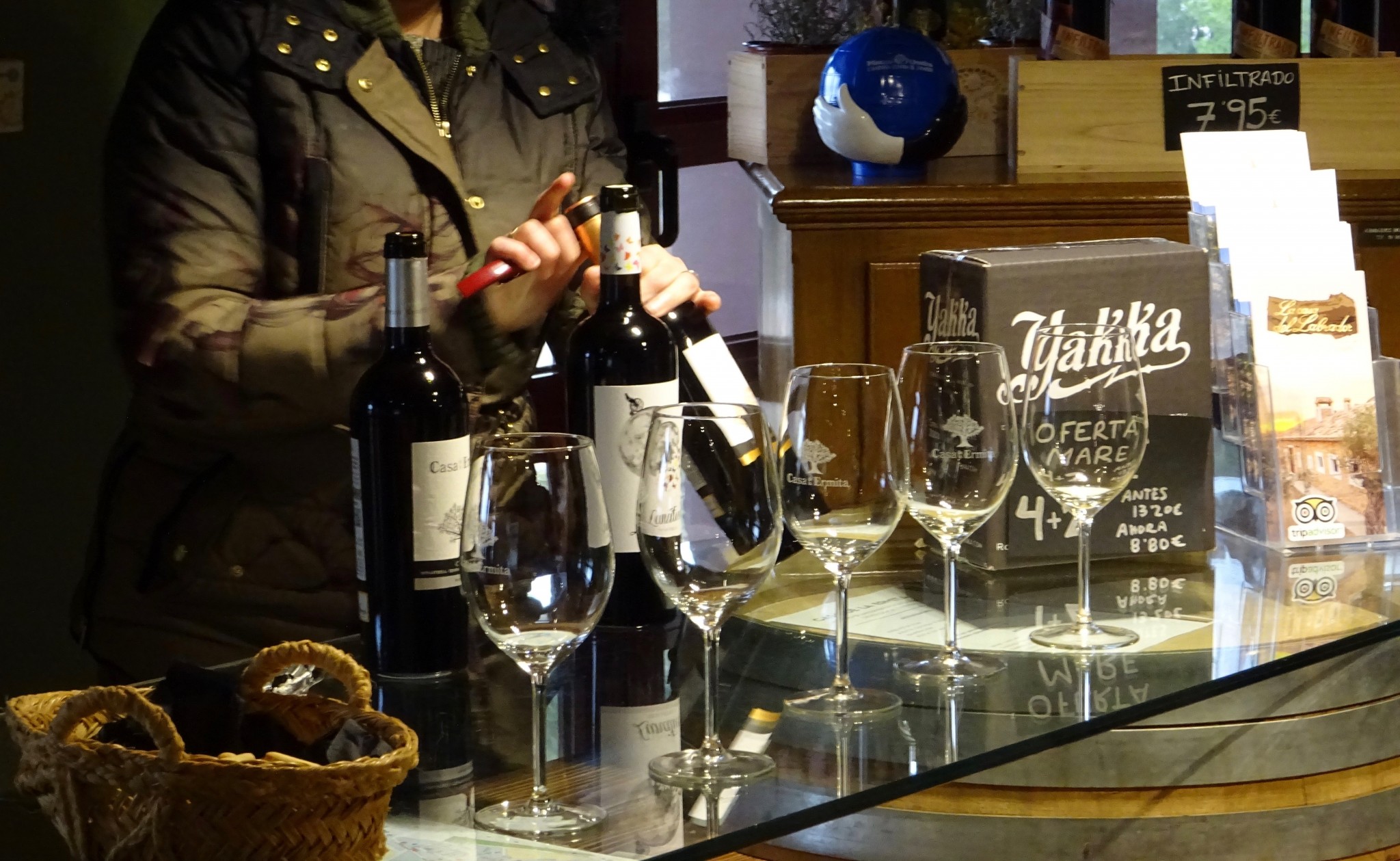 There is a place, where the light reveals a rich heritage of past days and its unique climate creates a perfect environment to grow one of the best European wines. The Spanish Murcia region, is well-known for an exquisite cuisine, delicious wines, 330 days of sunshine a year and stunning beaches. We visited this region in January, and although, the weather was incredible, for a beach visit, it was admittedly a bit too chilly.

We decided to make a day trip to the small town Jumilla. Jumilla and Yecla are the two major wine areas of Murcia. In Jumilla, one can find many different bodegas, vineyards and nearly all of the offer tastings. Traditionally, the Jumilla wine region produced stronger wines and simple wines, mostly sold in barrels. When the vine pest broke out, the winemakers had to replant the vineyard with different grapes. Since the 80s the quality of the wines has increased significantly. The queen of the grapes of the Jumilla wine area, the Monastrell grape, is ideally protected against evaporation due to its thick skin.

Spanish wines are mostly labelled according to the ageing process of the wines. A “vino joven” (young vines) undergo only, if any, wood ageing. A “Crianza” red wine ages two years. It has to spend at least four months in an oak barrel. Crianza rose and white age for a least a year and have to be stored in an oak barrel for at least 4 months as well.

A “Gran Reserva” require at least four years of ageing. 12 months out of these four years the wine needs to be in oak and at least 36 months in a bottle. Gran Reserva whites and rosés must be aged for at least 4 years with at least 6 months in oak.

A bit out of town, the vineyard Casa de la Ermita, has excellent vines. The wines of this winery are known across the borders of Spain. Together with a group of Swedish people, we decided to go for a wine tasting of three different varieties.

The first wine we tried was a  Crianza cuveé of Monastrell, Tempranillo and Cabernet Sauvignon grapes. This wine is excellently balanced and easy to drink. The second wine, we tried, is called “Lunatico”. The name of this wine has a special meaning and comes from luna (moon) because the crops were harvested during a night when the moon was shining. According to the staff, the name of the wine translates as crazy moon wine. In this case, the wine is only made with Monastrell grapes and offers more intense flavours of red and black fruits. It is recommended to drink it with some Tapas.

Finally, we tried a Gran Reserva red wine. This cuveé of Monastrell and Petit Verdot has a significantly more intense taste. It is recommended to open the bottle at least 30min ahead of drinking it. The staff told that the wine perfectly accompanies a nice meaty dinner. While drinking this wine, the tastes change dramatically. It starts with a fulminant fruity but dry experience and softens significantly while swallowing.

If you want to find our more about Casa de la Ermita, please click here and you will be directed to the website.

Porto and the Douro Valley

Christmas in our hometown Stuttgart

One thought on “Jumilla – a Spanish paradise for wine lovers.”