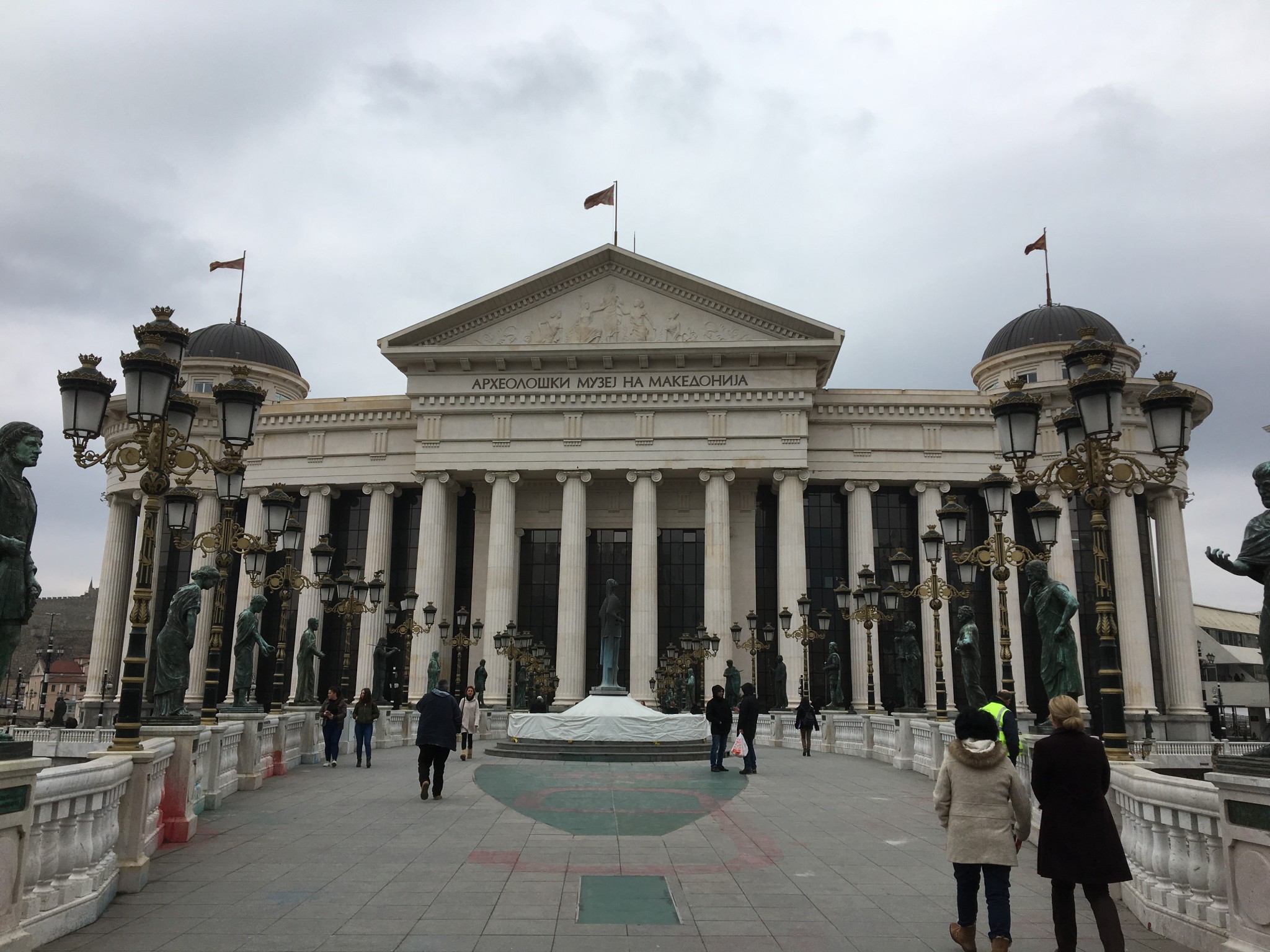 In early February of 2017, we travelled to Skopje and other unique places in the Balkan region. Those were the first travel destinations we have not had any specific knowledge of, and neither did we know what to expect of them in terms of people, culture and landscape. So to say a completely unique journey. One of these countries was Macedonia, in the heart of the Balkan.

We flew in from the South of Germany towards Skopje, its capital. While cheap flights lured us to visit the country in the first place, we just booked them and never really researched anything about it.

Arriving at the international airport of Skopje (The Alexander the Great Airport) was actually weird since the airport is way more modern than our counterpart in Germany.

The city itself provides home to around 530.000 people and hence exemplifies the biggest city of the country. Skopje is situated in the north of the country, near Kosovo. To the other sides, Macedonia inherits borders to Serbia, Bulgaria, Greece and Albania. Probably no one reading this here has ever heard of the sights of Skopje – well, we weren´t different. The first “sight” we visited was the local craft brewery of Skopje, apparently also the first one in entire Macedonia. The nightlife in general can offer some nice cozy bars and pubs as well as a few clubs. Try to find a place with live music, such as the craft brewery, to enjoy a whole-hearted crowd singing along international as well as Macedonian titles.

The next day we started our tour at the main square of the city, which has probably the biggest statue of Alexander the Great in the world. Around the very city center many such monuments, nice houses and renovated bridges catches the attention of the visitors. From the west to the east the Vardar river separates the city in basically two major areas. The one being more interesting for tourists is the northern part, which offers a taste of the traditional and historic way of life in Macedonia. You encounter old alleys, small shops and even a beautiful fortress, named Fortress Kale. Closely nearby the “Old Bazaar” lures visitors in the ancient heart of the city. By the way, most bars are also located in the old part of town.

Strolling around the newly build center, with still a lot of construction work, the nice view from one of the many beautiful bridges surely has to be enjoyed. Close to the river, many good local restaurants open their doors every night of the week. We had a great insight into parts of the Macedonian culture with great and very cheap food, good live music and even some traditional dancing in a proper restaurant. Definitely recommended!

We also met up with a local from Skopje, who showed us around the city center and even took us to Lake Matka, an incredible natural sight close to the capital. A half an hour drive to the south-west and you will arrive in a spectacular canyon. We took this route by bus and partly by taxi and almost paid nothing for the transportation. Our local “guide” wandered along the narrow path next to the lake until we arrived at a nice pick nick spot. Although it was quite chilly there at the beginning of February, we still had a great time there. They told us that the lake is the perfect spot for a refreshment during summer.

Eventually, we left Skopje after two full and exciting days and headed to Albania. Exploring Skopje was really interesting but two to three days is absolutely sufficient for visiting the area.

Why are there no McDonald´s restaurants in Kosovo (yet)?

One thought on “Skopje and around”