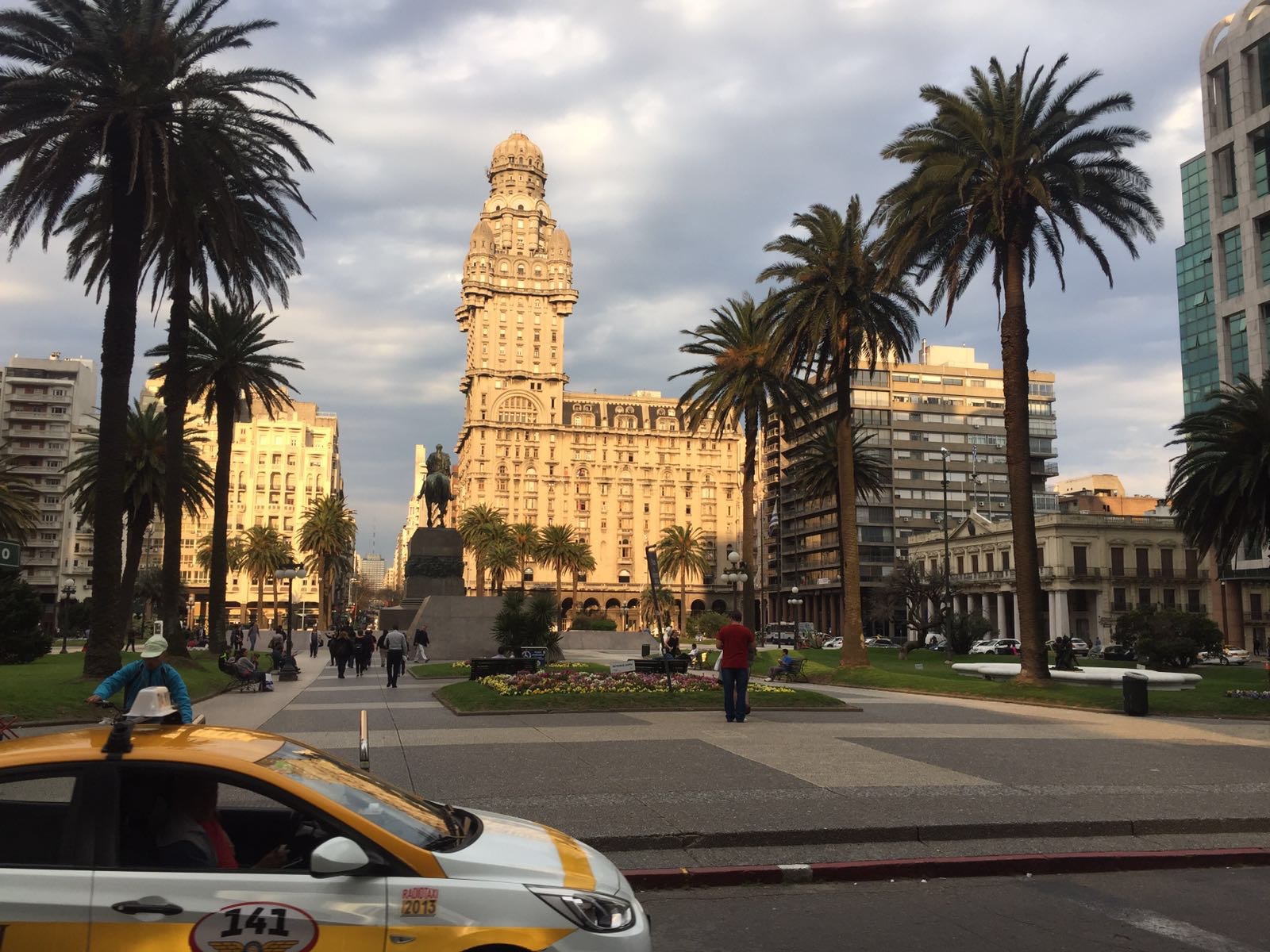 Experience thriving city life and historic riverside towns – all in one unforgettable weekend in the exotic country Uruguay. Listen to the sea gulls crow during early morning hours at the relaxed waterfront promenade, wander around ancient trails in the historic center of Colonia and enjoy the picturesque beaches in Montevideo.

We started with the ferry from Buenos Aires directly to Colonia. An around 50 km journey takes you to the other side of the river “Rio de la Plata”. You embark the ship in an international metropolis and disembark in a small, historic town with around 25.000 inhabitants  named Colonia de Sacramento.

Why does Colonia de Sacramento exist?

Once you arrive in Colonia you will see facades, old houses with a lot of history in the “city center” and cobblestone streets. In fact, the town is one of the oldest in entire Uruguay and its historic center even was declared world cultural heritage by the UNESCO.

The town was founded in 1680 by a Portuguese governor from Rio de Janeiro for the purpose of being able to defend the territory against the Spanish. At this strategically important point, a fort and church were built. Over the centuries Colonia served multiple times as the war place between the Spanish and the Portuguese. Unfortunately, the historic centre was severely damaged during the long enduring war period. However, the government ensured the restoration and preservation of the colonial city center in 1968.

Today, the most acknowledged sights are the old urban wall, some meaningful houses and the ancient bastion. Most magnificently, the crystal white lighthouse is situated in the middle of the old town. It overlooks the shore line and the town´s center. The beautiful thing is that you can basically explore everything by foot as the interesting part of town is close together.

For exploring Colonia de Sacramento we would recommend to spend at least half a day there and soak up the chilled vibe. But at best, an overnight day should be included as well. During the evening a bunch of inviting restaurants open their doors and offer very good food deals. We personally went to an all you can eat Asado (several meat dishes) in a proper restaurant. It was amazing!! (to say the least.)

We took the bus (combo ticket with the ferry) from Colonia to Montevideo, which is about a 3-hour drive. Perfect for relaxing and cruising through the countryside. Close your eyes and refuel for a pumped day in Montevideo! Coming from this ancient town Colonia directly into the capital of the country certainly is a switch. But this is what makes this weekend getaway so special – the contrasts are exciting!

We focused our sightseeing efforts on the coast and beach area. These are located on the south-east side of the city and parts of the old town in the south. We were astonished to see how modern and wealthy some parts of the city were, especially around nice beaches. Stunning building facades with modern balconies offered panoramic views.

For the perfect picture in Montevideo head to the Montevideo sign near one of the beaches. From there on you might want to consider a nice beach walk while enjoying the sunny weather.

In the city center of Montevideo, you will encounter many strangers, especially males, carrying around a weird looking bag – the mate bag. Because we came from Buenos Aires we thought we had seen enough mate drinking people but we were surprised another time. Nearly everybody in Montevideo drinks mate (a special tea, mainly popular in South America), as far as we observed.

On a Thursday night we went out the a bar, enjoyed good beer but were actually shocked to see that drinks are quite expensive in Montevideo. So be price sensitive before you pay amounts you normally would not pay for (the exchange rate of the Uruguayan Peso is pretty rare to the Euro. When we were there it was around 1:32).

Exploring the colonial tracks of Paraty

Armenia – a journey through an undiscovered country!