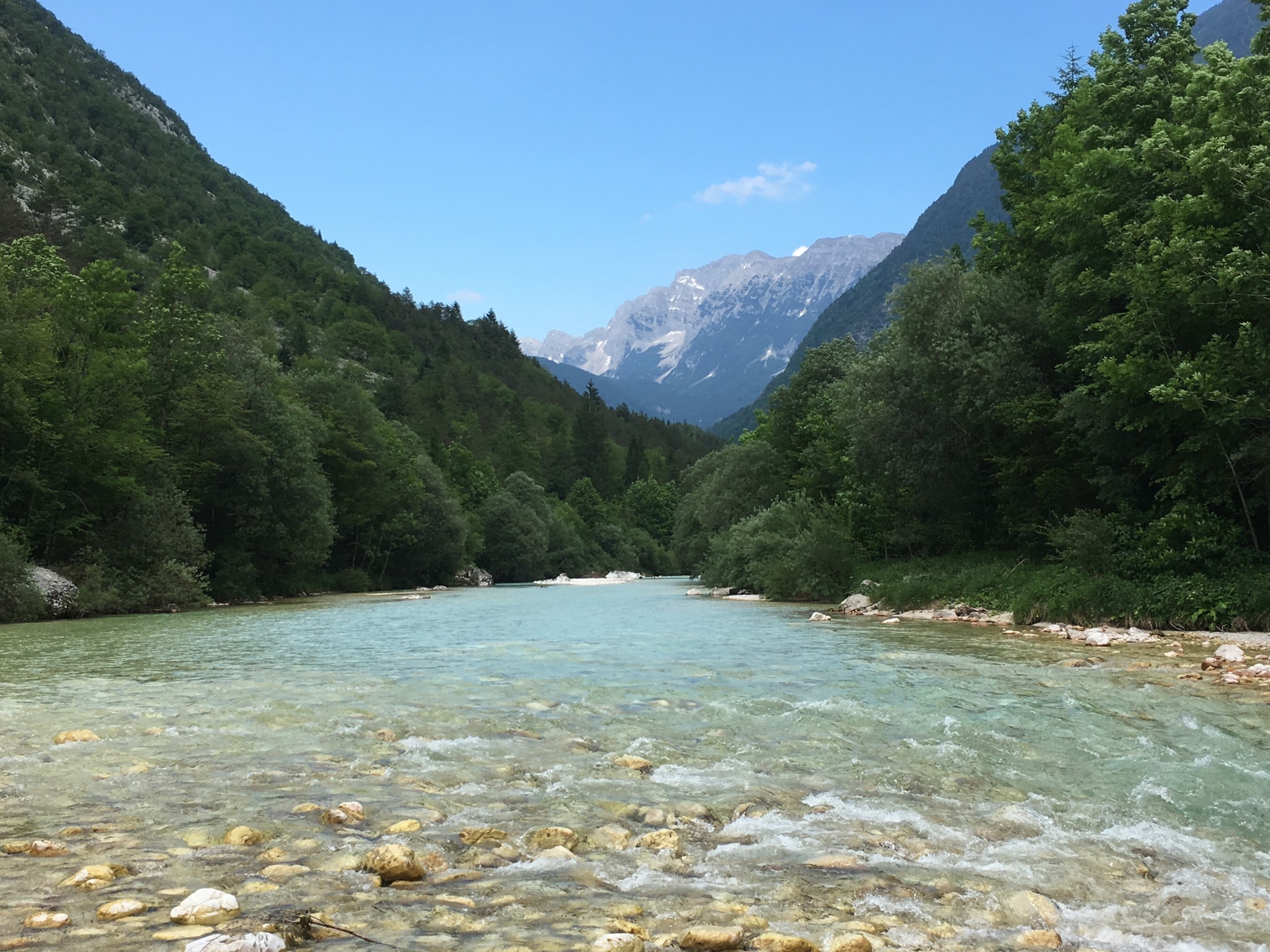 With around 2 million inhabitants Slovenia is a pretty small country but it has a lot to offer – Thriving nightlife, scenic nature and deep hospitality shown by locals.

That is basically what we experienced during our trip to Slovenia at beginning of June this year. We genuinely had four days of stunning experiences in Slovenia!

The thriving city of Ljubljana, Slovenia

Starting off in the capital Ljubljana, which is situated more or less in the middle of the country. Considering nature in this area, it is pretty flat and thereby very different to the borderlines to Austria which are characterized by the mountainous landscape with some of the clearest mountain streams I personally have ever seen. But the more exciting part in Ljubljana is the beautifully refurbished city center and it´s thriving nightlife until the early morning hours!

I remember sitting in the co-driver´s seat, approaching the suburbs of Ljubljana and being astonished about the local conditions. As I have visited many other cities, especially in Eastern Europe, where suburbs of cities are usually in bad conditions, I expected it to be the same in Slovenia´s biggest city. Whatsoever, I was pleasantly surprised. What struck me most was the very nice city centre which is separated by a lovely river. When strolling alongside this river, you will encounter numerous top notch restaurants, Cafés and bars. Trying out a pub crawl is the perfect way to meet new people and get to know the city at night time.

In general, Ljubljana is a city with comfortable size and a relaxed atmosphere. As most sights are in walking distance, do not bother to get a cab or bus. Simply explore the city by walking through narrow streets as well as by passing big monuments and public squares.

Unfortunately, our time in Ljubljana ended too early since we decided to spend the rest of the weekend in the countryside near the town Bled. Just south of the Austrian border and around 50 km northwest of Slovenia´s capital, the hidden gem Bled with only 8 000 inhabitants amazes it´s visitors. The town itself is not spectacular – but rather the Lake Bled is the reason for the popularity among locals and foreigners as well. The lake is located in a mountainous area with beautiful forests as surroundings.

The unique part of the lake is that it actually has an island in the middle. On this island, a remarkable and secluded church is visible from the shores of the lake. Not only does the lake look even more scenic in this context but the small island provides a really special atmosphere.

But the area has even more going on, lurking in tourists at the same time. The Triglavski Narodni Park offers walking trails with spectacular lookouts all over the place. Experience the lush and untouched nature to the fullest.

Another option is the Soteska Vintgar (or in English Vintgar Gorge) near Bled. It is must visit natural sight if you cross the area. It basically is a long and narrow canyon which is accessible by foot. The striking part, however, is the rapid mountain torrent flowing through the canyon. The crystal clear water of the stream unveils the beauty of underwater formations and awards this natural sight of Slovenia with even more uniqueness.

We stayed for two nights in a hut in the mountains, near Bled. What an incredible experience of being totally secluded from all the stress and spending time in the pristine nature. With a barbecue on a proper campfire and a few beers, we concluded a wonderful trip to Slovenia! Never we would have imaged to find such a natural beauty in an underrated country (in terms of tourism). It has been a pleasure – thanks, Slovenia!

Things to do in Iceland

One thought on “72 hours in Slovenia”