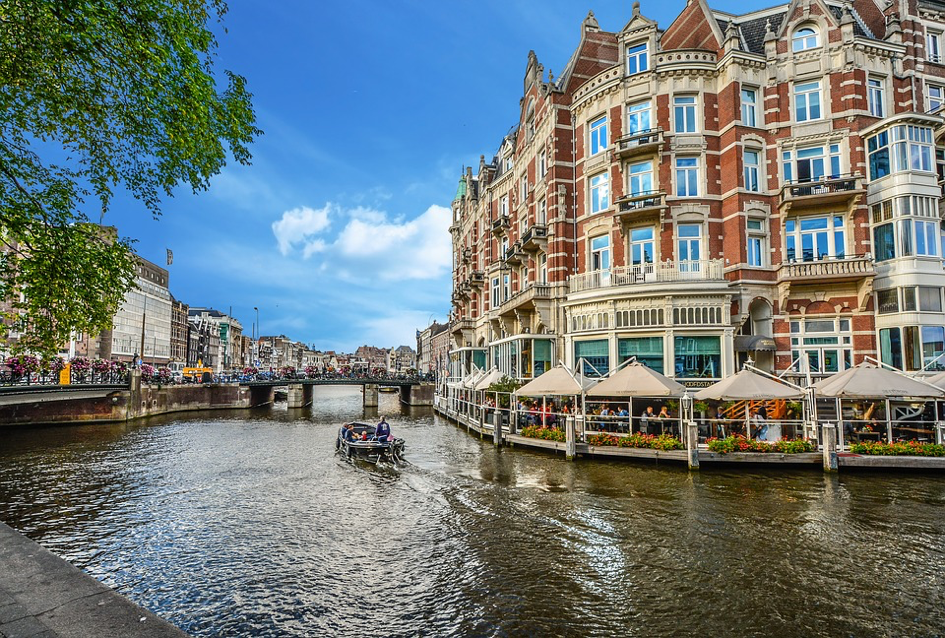 written by our good friend Andrey

Well Amsterdam is a hard one. Not because you’ll be amazed by the vast variety of opportunities the city will provide you or the hospitality of it’s young citizens. No, it’s because you’ll have a hard time concentrating on your task actually reaching Amsterdam, at least if you’re trying to reach it by car. Everyone always wants to go to Amsterdam, but trust me: the Netherlands have a lot more to offer and you will be easily wooed by the amount of attractions and sights on your way to the capital, if you have a real traveler’s soul (and I presume that is the case). The whole country is basically pierced by water in many different expressions, from small rivers to big nature reserves and lakes. Even the countryside will surprise you with it’s calm “atmosphere of open doors” and healthy air. I’ll leave you with this little impression of that and will write about Amsterdam now.

So why “colorful alleys”? Well the answer to that question has two parts, just like Amsterdam has two completely different faces: at daylight and by night.

The center of the city is surrounded by various canal belts navigable for ships and other water crafts you can use to explore the city, or just for fun. It is equally exciting to walk through all the little streets and passages by foot since Amsterdam is not that big and one could completely abstain from using any kind of public transport while moving inside the center. If you don’t want to walk then here we come to bikes. Well, what can I say? Amsterdam is literally the city of bikes. Sometimes it seems that there are more bikes than anything else on the bright and flower-filled streets of this amazing town.

I’d suggest starting your day tour at the famous floating flowermarket at Singel street, then crossing the river to the Torture Museum and proceeding to the Dam Square from where you can either go to the Nieuwendijk, which is filled with shops and opportunities to grab something to eat or go to the old city center and enjoy one of the local restaurants there.

Make also sure to check out the Red Light District. And no, not because you should look out for the services provided there, but because it has a significant cultural value for the city. Watch for yourself how the oldest profession in the world, combined with Amsterdam being a seaport shaped the city for centuries, while enjoying the calm and more museum-like atmosphere of this old district.

Be aware the Amsterdam’s face completely changes, as soon as the sun goes down. You seem to be walking the same streets but often you won’t recognize them. The colorfulness of the streets at daylight is now taken over by the bright lights and shining shapes and texts. After sunset the city turns into an endless row of open doors to cozy bars and pubs where you can spend quality time with your friends. Make sure to meet locals on the street, since that’s really easy, given the fact that they’re really hospitable and helpful when it comes to finding a perfect place to grab a beer. In over 1500 clubs and bars you will find your favourite.

If you’re into clubs make sure to visit the Paradiso, which was initially a church and then evolved in a hoard for counterculture. You can see live acts (up to the Rolling Stones) starting to play at 9 p.m. and then dance your soul away afterwards.

Last pro tip: check your light on your bike before carrying your chosen one away from the night live towards your own afterparty. 😉

The city of Peter the Great – St. Petersburg