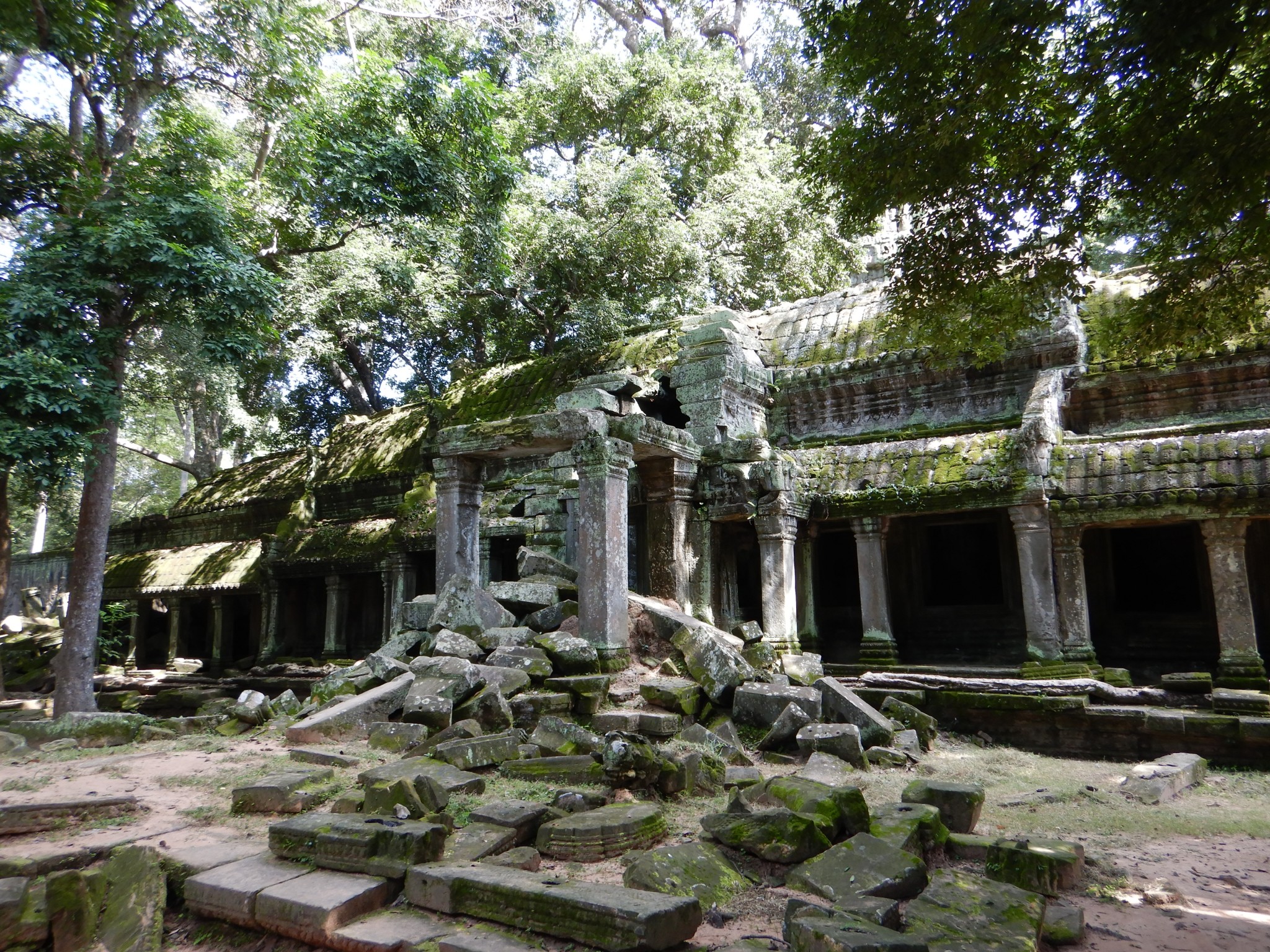 The alarm rings at 4:00am. We are preparing ourselves for an extraordinary day in the capital of the former Khmer Empire – Angkor. The complex, measuring 162 hectares, is the largest religious monument in the world.

We arrived in front of the main complex at 5:oo in the morning. Slowly, the sun climbed above the well preserved ruins of the main temple called Angkor Wat. The air is full of excitement, quietness and astonishment. Only the sounds of the shutter sound of the digital lens reflex cameras is disturbing the mystical atmosphere. Welcome to the capital of the Khmer Empire – Angkor.

The Angkorian period began in the 8th century with the declaration of independence. Thereby the founding stone of one of the world´s greatest masterpieces was laid. Today in the area of Angkor around 72 temples are found and the evidence of channels and roads show the high degree of connectivity in this urban area. Before the industrial revolution, Angkor used the be the largest agglomeration regarding spatial expansion. At its peak, the area was larger than modern day Paris and more stones were used than for all of the Egyptian structures combined.

The main complex – Angkor Wat – was built as a Hindu temple in the 12th century. During the 12th century the temple gradually transformed into a Buddhist temple. Therefore architectural elements of both religions are evident. The ruling King Suryavarman II. built this temple as a mausoleum for himself after he consolidated his power through military campaigns, diplomacy, and a firm domestic administration. He ascended the throne after a battle with a rival prince. It is believed that he killed the war elephant of his rival and thereby won the battle.

The peak of the Angkorian period

After the death of Suryavarman II. the Khmer kingdom struggled and was sacked by the Cham (Vietnam). After years of occupations by the Cham, a Khmer prince who was to become King Jayavarman VII rallied his people and defeated the Cham in battles on the lake and on the land. On the ruins of several temples he built the impressive walled city of Angkor Tom. It turned out, that Jayavarman VII, became the greatest king of all times. During his reign, Hindu temples were altered to display Buddhas  and Jayavaraman VII finally changed his faith. After his death, Buddhism became the predominant religion in the area.

In the 13th and 14th century, the population declined dramatically and in the mid of the 15th century, nearly all of Angkor was abandoned. Until today it is not entirely clear, why the city was abandoned.  But several theories are widely believed.

The most widely believed theory is, that the war with the Ayutthaya Kindgom mainly is responsible. But a natural disaster, such as the plague may also account for the rapid decline. Others believe that the erosion of the state religion of Hinduism is responsible.  They believe, that during the reign of Jayavaraman VII the religious transition the Hindu conception of kingship that under-girded the Angkorian civilization, eroded.

Angkor Wat is definitely worth a visit. Although, there are many tourists, it is indeed very special place.

Here you can find some hints: