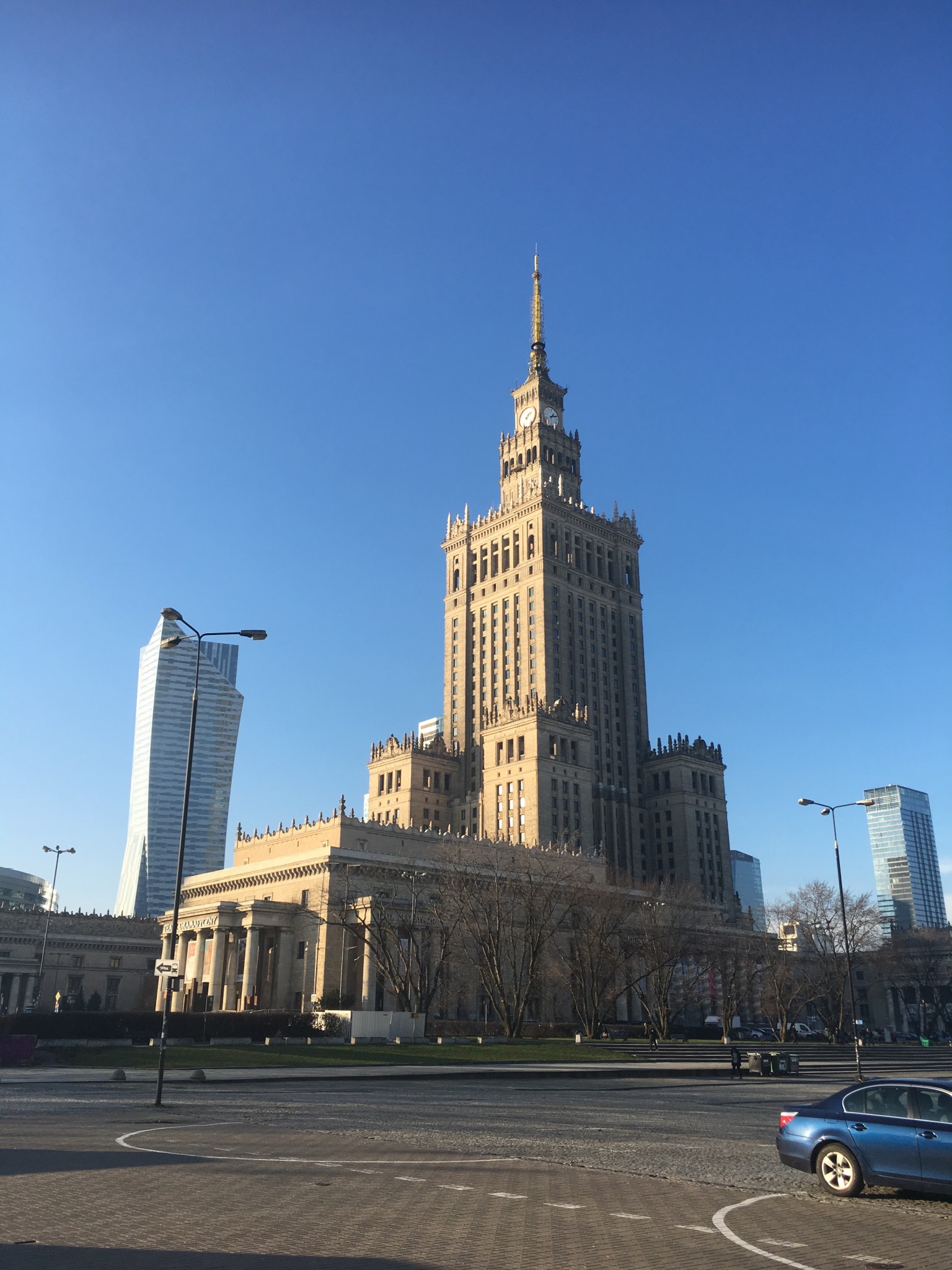 Our trip to Warsaw began just after Christmas last year. Although the country is directly next to Germany, many people are not familiar with the Polish culture, history and way of live, myself included. That was among the reasons for going to Poland, but not to forget the cheap flights (10€ Karlsruhe- Warsaw).
Upon arrival we were welcomed by a sunny city center, delicious coffee and a lonely palm tree just next to one of the major intersections. The infrastructure of Warsaw is characterized by long and wide streets creating paths in beautiful neighborhoods with old but stunningly looking facades. On the other hand, you will not miss the modern part of the city with lots of skyscrapers and office buildings. In general, a pretty nice scenery. For lunch we visited a higher end food court with lots of delicious food options from Polish cuisines. Although not the cheapest food you can get in Warsaw, still highly recommended!
At night Warsaw fascinates with vibrant nightlife and cheap drinks. A few of the best bars are pijalnia wódki i piwa (cheap drinks and interesting people), Panorama bar (a bit more classy) and Plan B (one of the favorite bars of students).
While many young people prefer to just walk through the city as part of their sightseeing, I can only encourage you, if you are interested, to learn something about the country’s past. One of the best place for this purpose is the Museum of the History of the Polish Jews, located not far from the very center of Warsaw.
A round trip trough the museum takes around 2 hours and covers everything from the very beginning of the arrival of the jews in Poland until the 2nd World War and beyond. During the 2nd World war and the rise of German Nazi power, things started to deteriorate and Poland became occupied and subsequently separate ghettos for Jews were built, one of the biggest being in Warsaw. During the process of discrimination and finally the deportation of the jews, many lost their lives. The survivors fled to other countries thereafter.
Warsaw today seems like a modern, international metropolis with educated people and a relatively high living standard. Also the amount of tourists is manageabel and therefore it is quite easy to get to know locals. We stayed for 2 nights and were surely not disappointed by Warsaw, Poland!