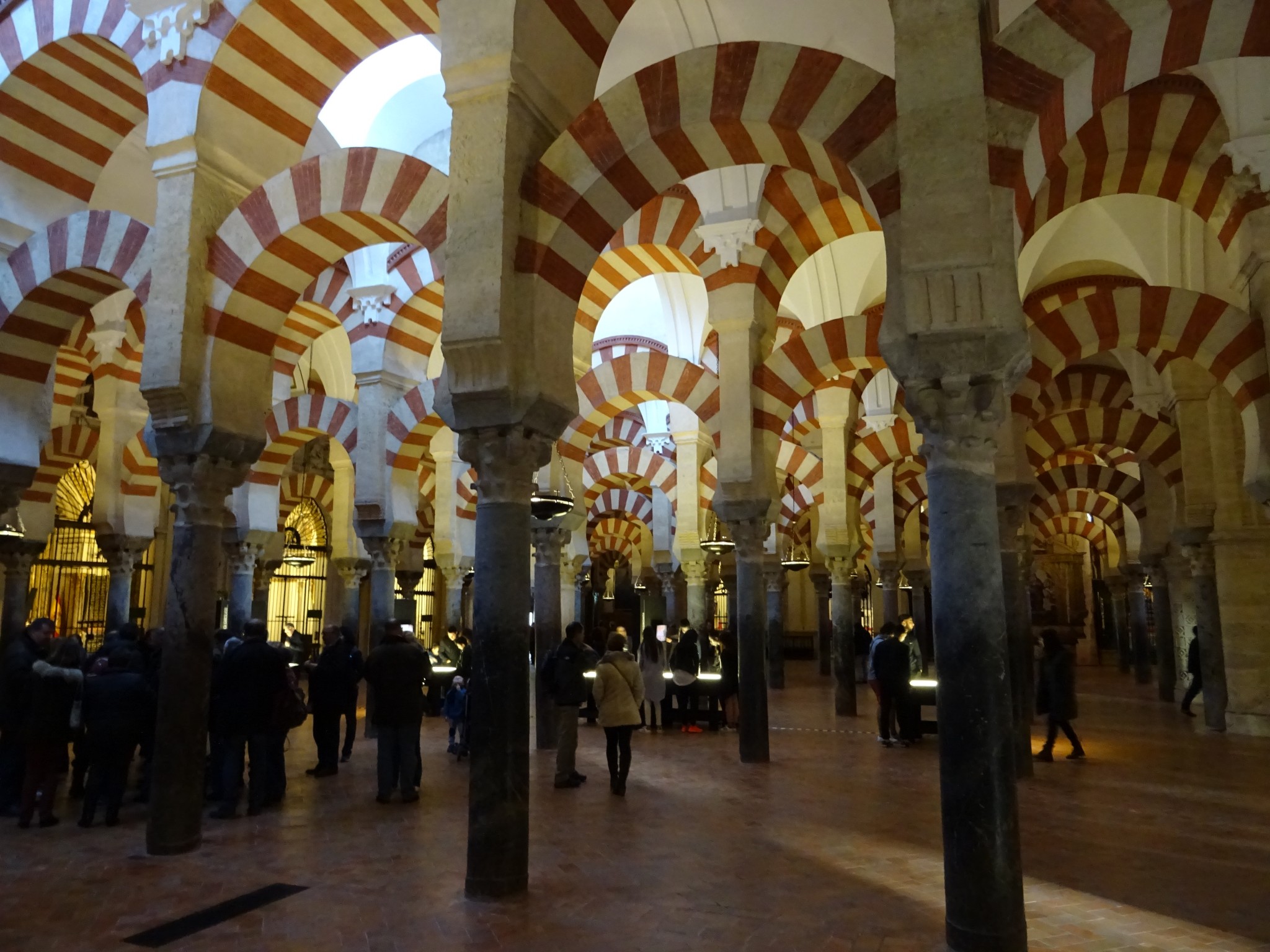 Walking on the orange tree square in the mosque-cathedral of Cordoba feels like being thrown back to the 10th century. In the early 8th century, the Omajjaden dynasty conquered southern Spain and appointed Cordoba, located at the Guadalquivir river, the capital of the emirate “Al Andalus”. Within two centuries, Cordoba was transformed to one of the most cultured, educated, modern, cleanest and largest cities of the world. In the once western Europe´s largest and most cultured city, many sights are waiting to be discovered. However, the mosque-cathedral of Cordoba alone is a reason enough to visit this charming Southern Spanish city.

The mosque-cathedral of cordoba

Entering a building, known as one of the largest Islamic buildings in the world, is breathtaking. But once you realize the vast size of this building, you discover even more astonishing details. Being totally overwhelmed by the Islamic architecture, suddenly the organ of the cathedral starts to play. Your skin starts to crawl and you are speechless with amazement.

The mosque was originally built in the 8th centre and was the largest of its kind. Over centuries, the rulers of the califate extended the mosque until the Spanish reconquered the Southern part of Spain. By then it gave room to pray for 30,000 believers. Around 900 arches carried the weight of the ceiling of the mosque. Everywhere you look you see these arches, however, none of them is exactly the same nor made out of the same material.

The contrast of Islamic and Christian elements

The Spanish transformed the mosque into a cathedral and demolished the centre of the mosque and built a gothic and baroque style cathedral. Coming closer to the centre the arches slightly change and little angles decorate the arches. While the Islamic part of the building is a bit darker, a bright light shines in the cathedral part. Take your time, sit down and let your eyes wander and discover the marvelous details of the architecture.  Instantly, you forget that you actually are in the centre of a former mosque. This severe contrast impressed us even hours later after we left the building.

On the southern side of the mosque-cathedral, the art richest part of the mosque can be seen. Impressing Arabic epigraphs can be found saying “Allah is great”. This fine artwork captured our views for minutes. It is so beautiful, that your amazement makes you stop taking photos of it and leaves you speechless.

We do recommend to join a guided tour and explore the mosque-cathedral afterwards by yourselves. We joined a tour and it was absolutely worth it because our enthusiastic guide shared a lot of information with us and often gave us information we would have never received without a guided tour.

There is more than just a mosque

Although the mosque-cathedral is undeniably the highlight of a visit in Cordoba, there is more to see. The old roman bridge is within close distance of the mosque-cathedral. While crossing the Guadalquivir, do not forget to turn around and have a look at the marvelous facades of the city and the gate.  Also worth a visit is the Alcazar de los Reyes Cristianos, a beautiful old fort and garden with fountains.  Not to forget to mention, are the copper-stoned narrow roads in the old town of the city. Explore it by yourself and you will get wonderfully lost in these picturesque roads. Neat little cafes and restaurants invite with refreshments and the typical Andalucian tapas.

The city of Peter the Great – St. Petersburg

Tbilisi – the city of winding lanes and old balconies.