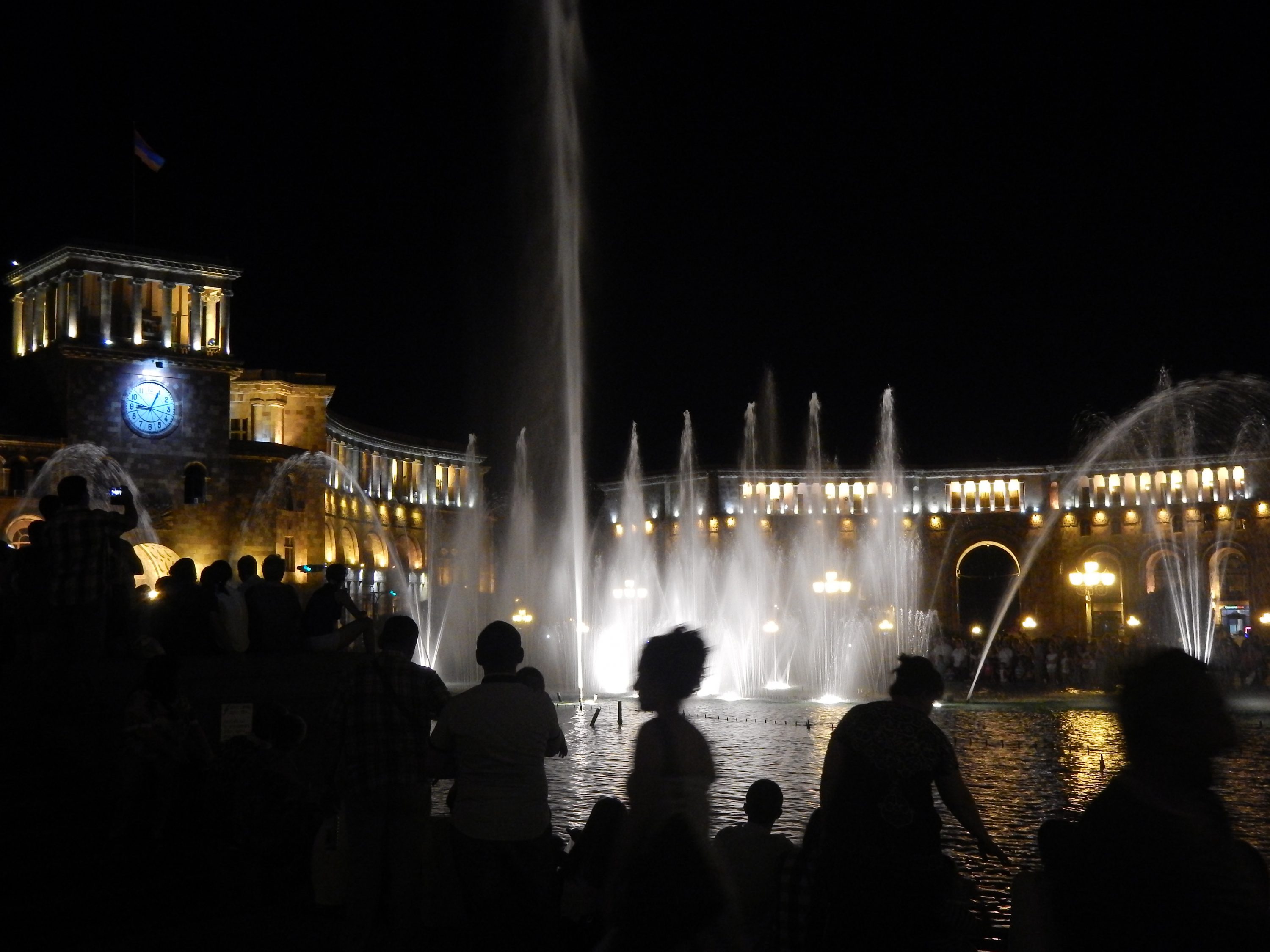 Where the hell is Yerevan? To be honest, many people asked me this question, being totally unaware of this hidden gem. Located at the geographic heart of the Armenian Republic, this city offers a surprising variety and cosmopolitan lifestyle. A typical morning starts with strolling around and getting a good coffee at the Green Bean Coffee Shop close to the cascade. The cultural, political and economic capital of this caucasian country offers much more than good coffee. This historically rich place impresses with an unimaginable tranquillity which is unthinkable in any other 1.1 million capital. High street shops with the latest fashion trends from Europe, museums and lovely little parks and squares offering some space for neat cafes – Yerevan got it all. Not convinced yet? Keep on reading!

1. The unknown capital and its people

Many people around the world know the country of Armenia. In the past year, there was a larger news coverage due to the 100th anniversary of the Armenian Genocide. But the country’s capital, its people, and culture are predominantly unknown. Considering the size of the city, the cultural life is amazing. The Middle East meets Europe may be a very general description, but from my point of few, it captures it well. Friendly greeting and helpful people, taxi drivers turning into a history teacher and guide at the same time and a barely beatable hospitality characterizes our whole experience in Yerevan. Although there is plenty to see and I will mention it a bit later, if you really want to soak up the local culture, sit down in a cafe and start chatting. I promise you will be surprised as much as I was.

The foundation of the city dates back to 782 BC. Until the Russian annexation in 1828, Yerevan was a regional capital of Persian and Muslim khanates rulers. While the Soviets were ruling most Mosques and many churches were destroyed and the city was newly planned in the 1920s. All major streets of Yerevan should point towards holy mountain Mt. Ararat. This particular mountain is of special significance for Armenians. According to the Bible, Noah’s Ark landed in the Ararat mountain range. Today the mountain lies in Turkish territories and for Armenians the border is impassable.

The younger history of Armenians is characterized by a genocide in the early 20th century. Armenians were spread all around Turkey and Syria. During the Ottoman, Empire Armenians have been chased away into deserts and painfully died or were executed. Until today and especially with the 100th anniversary of the genocide in the year 2015, a deep mourning in the people’s heart is palpable. A visit to the Tsitsernakaberd, the Armenian Genocide Memorial and Museum is highly recommended. The dark exhibition of paintings, quotes, and historical material touched us emotionally and helped us to understand many previous conversations. The State Museum of Armenian History covers the entire history from stone age to the 20th century and super interested as well. Mentioning only two museums actually is not fair, because you could easily spend a few days in various museums in the city.

If you are a meat lover, you will love this place. A good shashlik is not far from any place in Yerevan. But also other types of food is available. In general Armenian food is rich with hints of blended, however never overwhelming spices. If the variety in Armenian food is not sufficient. European, Russian and Middle Eastern cuisines, often resulting in an interesting fusion can be found, too. Excellent food in Yerevan is available in every form and shapes no matter what kind of budget you are traveling on. You should certainly not miss out the famous Armenian brandy. If you want to get an insight, check out the tours offered by the Yerevan Brandy Company.

4. No reason to be afraid of something

During our entire time in Armenia and especially Yerevan, we felt very safe. Although Armenia is often wrongly described as being a dangerous place, it is way more likely to be pick-pocketed in other European cities. Also, the threat of terrorism is unknown and the government is stable. Seriously, it is really safe and a great place to be.

There a plenty of day trip options and I highly recommend the following:

6. And all the other reasons

Well, only mentioning 5 points is obviously not enough. Yerevan, a culturally rich, modern and relaxed unknown capital offers a lot, but why should we tell you everything. Go there and experience it yourself. I guarantee you will enjoy it.

Armenia – a journey through an undiscovered country!

The capital of the Khmer Empire

One thought on “Yerevan – an unkown capital.”